By Elizabeth McCarthyPublished On: March 8, 2022

Pacific Gas & Electric and General Motors agreed to test out connecting GM electric vehicle batteries with two-way grid ties to power homes at a PG&E lab in San Ramon. In a follow up a pilot, they will hook special GM car batteries equipped with bidirectional charging technology to an unspecified number of actual homes in PG&E territory to power them during outages.

“Imagine a future where everyone is driving an electric vehicle—and where that EV serves as a backup power option at home and more broadly as a resource for the grid,” PG&E Corporation CEO Patti Poppe said in a March 8 statement.

The PG&E and GM pilot slated for this summer will include bidirectional hardware coupled with communications software to enable power to flow from a charged vehicle into a customer’s home, “automatically coordinating between the EV, home, and PG&E’s electric supply,” according to the utility.

Following lab testing, PG&E and GM plan to pilot vehicle-to-home interconnections in “multiple” customers’ homes during blackouts by the end of this year. When asked for a rough number, utility spokesperson Ari Vanrenen said the “pilot is in the early stages and it’s too soon to know specifics.”

After this summer’s testing phase, Vanrenen said the utility will share “more about what we learn.”

There are about one million EVs in California, with some 400,000 of them in the PG&E service area in Northern and Central California.

By the end of 2025, GM expects to have manufactured more than one million electric cars in North America.

Under state law, all new cars and passenger trucks sold must be zero-emission by 2035.

Newsom “needs to prove the state’s climate leadership with a much faster electrification timeline,” said Scott Hochberg, a transportation attorney at the Center for Biological Diversity Climate Law Institute.

In a letter, the Center and dozens of other organizations call on the governor to direct the California Air Resources Board to set more stringent annual emissions reductions for gasoline-powered vehicles. The current goal is having 61% of vehicle sales be from EVs by 2030, which they call “a modest improvement over the Biden administration’s goal of making 50% of new vehicle sales electric by 2030.” They are pushing for a mandated 7% annual improvement in emissions from vehicles, up from roughly 5%.

Half a dozen community energy organizations jointly agreed to contract for a 50 megawatt storage project that can supply up to eight hours of continuous power starting in 2025. The 400 MWh project deal must still be approved by the individual community aggregator boards by this May. 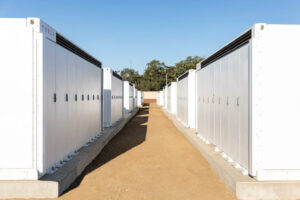 The 15-year agreement reached with Onward Energy is for a lithium-ion battery project in Escondido in San Diego County.

Last year, the California Public Utilities Commission set a mid-decade mandate for 1,000 MW of long-duration storage from investor-owned utilities, CCAs and other power providers. The six community aggregators that signed the agreement with Onward Energy must have a total 96.5 MW by 2026 that can supply the grid when demand is high and the sun sets.

Not a member yet?